The Suffragette movement had a profound impact on British democracy. Asian women also played a vital role in the Suffragette movement in the early 20th century but were rarely acknowledged.  The Suffragettes campaign led to the ‘1918 Representation of the People Act’, which not only gave
voting rights to some women for the first time, but also played a role in all working-class men attaining the right to vote. This defining legislation gave hope for the oppressed and the suppressed to dream of equality!

2018 is the centenary of women gaining the right to vote.  MAUK, along with democratic institutions across the UK, is celebrating this momentous occasion with a series of events held throughout 2018. Month-Long activities, events and exhibitions will take place at Kerala House, 671 Romford Road, London E12 5AD from Bank Holiday Monday 02 April to Saturday 28 April, hoping to educate and raise awareness about the Suffragettes, Women’s rights, Democracy and Equality. These events and activities are financed by ‘Women’s Vote Centenary Grants Scheme.’ It is free to participate and open to all members of the local community.  Those wishing to participate in the workshops must register at least five days in advance of the workshop date.  To register, please call on 07960 212 334 or email – info@mauk.org

Celebrations will kick off with an Inauguration Ceremony on Bank Holiday Monday 2nd April, which will include the Project Launch, Discussions, stage performances and refreshments. Activities planned for the month include Art workshops by renowned artist Jose Pindian on Women’s freedom, ICT and Poetry workshops on Suffragettes by experienced teacher and Project Coordinator, Jasline Antony, Drama workshop leading to an Improvised Theatre Performance directed by multi-talented Actor/Director Manoj Shiva.

The celebrations will conclude on Saturday 28 April with The Grand Finale that will showcase the creative outcomes produced during the workshops  alongside cultural performances and discussions.  Topics of the talks include, From Emmeline Pankhurst to Rokshana Fiaz – how British democracy has advanced and Sophia Duleep Singh and Bhikaiji Cama – the forgotten Suffragettes. Guest Speakers including Ms Rokshana Fiaz, Labour candidate for Mayor of Newham amongst other prominent personalities, has been invited to attend the event.

Selected products created during the celebrations including photographs, paintings, sketches, short films, poems and recordings of performances and discussions will be published on the MAUK website, Annual Souvenir, Social media pages and will be available to download and use without copyright protection.  It may also be published or broadcasted in print and visual media.

Malayalee Association of the UK (MAUK) is a registered charity based in Manor Park in East London that provides over 40 regular services primarily to the South Asian communities in London Borough of Newham and surrounding areas.  It is the first and one of the leading Malayalee community organisations in the UK.  The history of MAUK can be traced back to the Kerala Samajam founded by Shri V K Krishnamenon (freedom-fighter and India&#39;s first high commissioner to London) in the 1930s. MAUK is a service-orientated organisation that has been at the forefront of propagating Kerala arts, culture and heritage within the broader British population for many decades.  For more information, visit mauk.org or facebook.com/mauklondon. 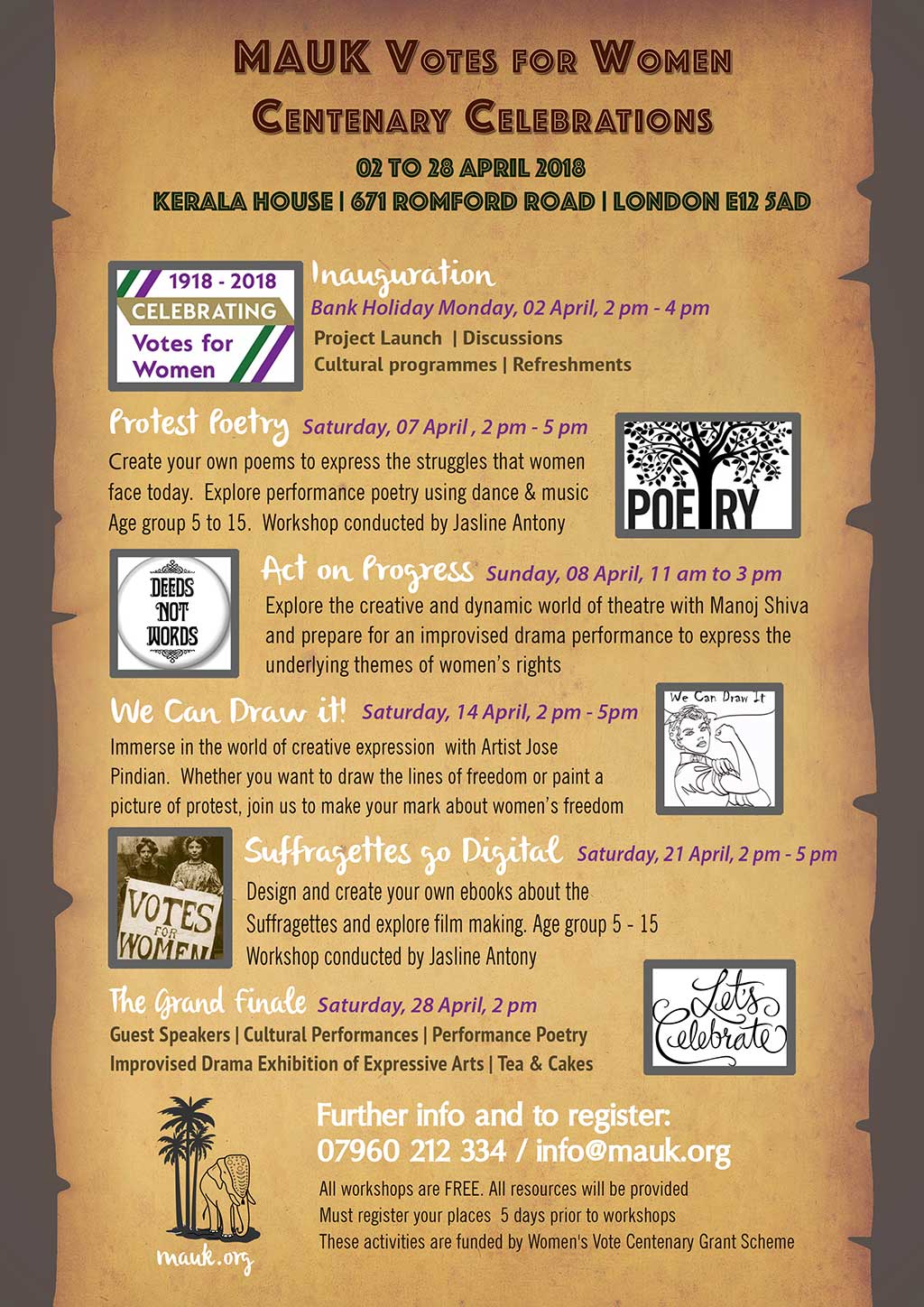 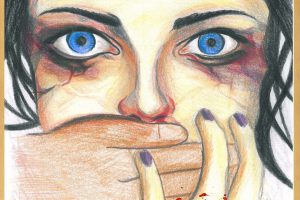 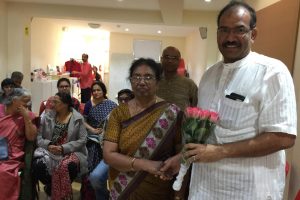 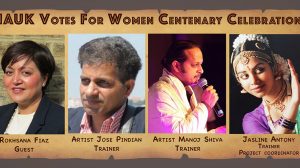 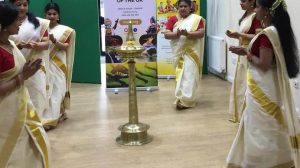 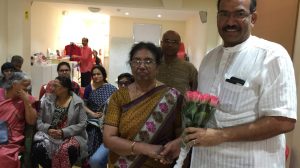 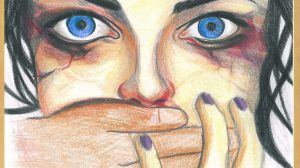