The tabla is a South Asian membranophone percussion instrument (similar to bongos), consisting of a pair of drums, used in traditional, classical, popular and folk music. It has been a particularly important instrument in Hindustani classical music since the 18th century, and remains in use in India, Pakistan, Nepal, Bangladesh, and Sri Lanka. The name tabla likely comes from tabla, the Persian and Arabic word for drum. However, the ultimate origin of the musical instrument is contested by scholars, some tracing it to West Asia, others tracing it to the evolution of indigenous musical instruments of the Indian subcontinent. 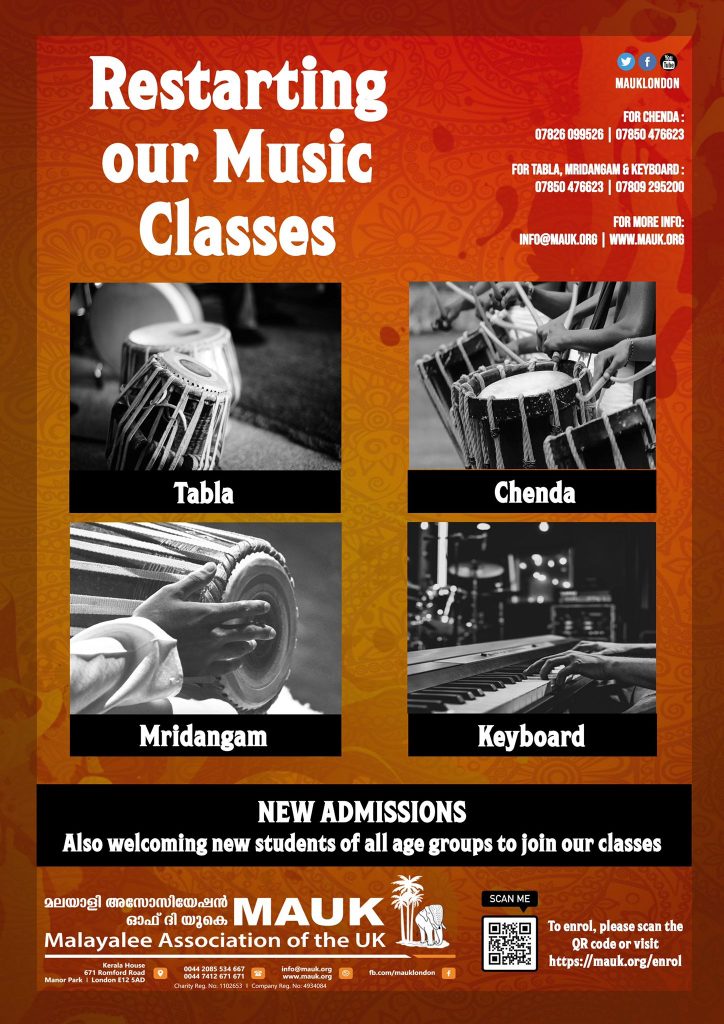 Welcoming new students of all age groups to join our classes.